Is Your Dog Scared of Fireworks? Here's How to Help

Home / Calming Dog Blog / Is Your Dog Scared of Fireworks? Here's How to Help

Written by Kradle Team
Previous / Next Summer is a great time for dogs, except for those days and nights when fireworks ring through the air. The loud booms and bright flashes fireworks produce are often alarming and terrifying to dogs, potentially even putting their safety at risk.

Especially during the week of the 4th of July, fireworks are inescapable. What you may consider to be a fun celebration is one of your dog’s least favorite nights of the year. More dogs run away on the 4th than any other day in the year.

The good news is there are steps you can take to ease your dog’s nerves and keep them happy and safe. Read on to learn why dogs are afraid of fireworks, telltale signs a dog is scared, and what you can do to help keep yours as calm as possible.

Why Are Dogs Afraid of Fireworks? 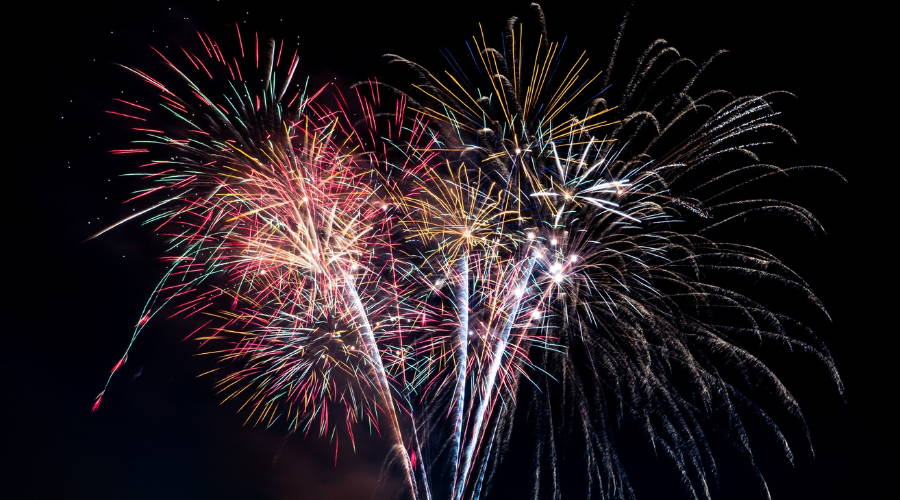 Many dogs are afraid of fireworks – and rightly so. They don’t know where the noise is coming from, it’s loud, they don’t know when the next bang will happen…it’s fear of the unknown, and it can cause your pup to become extremely distressed and anxious.

Dogs experience fireworks much differently than they do other natural loud noises like thunder. Your canine pal at least knows when thunderstorms are imminent because they can sense the dropping barometric pressure and static electricity in the air. Fireworks, however, come without any warning, and are closer to the ground and more vibrant than thunder. Not to mention the fact they’re also accompanied by a distinct burning smell.

If you’ve always thought your dog has superpowers, you’re not wrong. Dogs can hear sound four times the distance of humans and at a much higher frequency. Humans aren’t able to hear anything above 23,000 Hertz, while dogs can hear noises up to 45,000 Hertz. Fireworks may sound jarring or even annoying to you, but they can sound like a massive and very scary explosion to your pup.

The part of the brain that controls smell is also 40 times larger in dogs than humans. Dogs can have as many as 300 million scent receptors depending on breed, compared to a human’s measly five million. So…it’s safe to say the smell associated with fireworks is much more intense to your dog than it is to you.

Fireworks are a sensory overload for dogs, and the unfamiliarity and unpredictability of it all freaks them out.

How to Tell if Your Dog is Scared of Fireworks 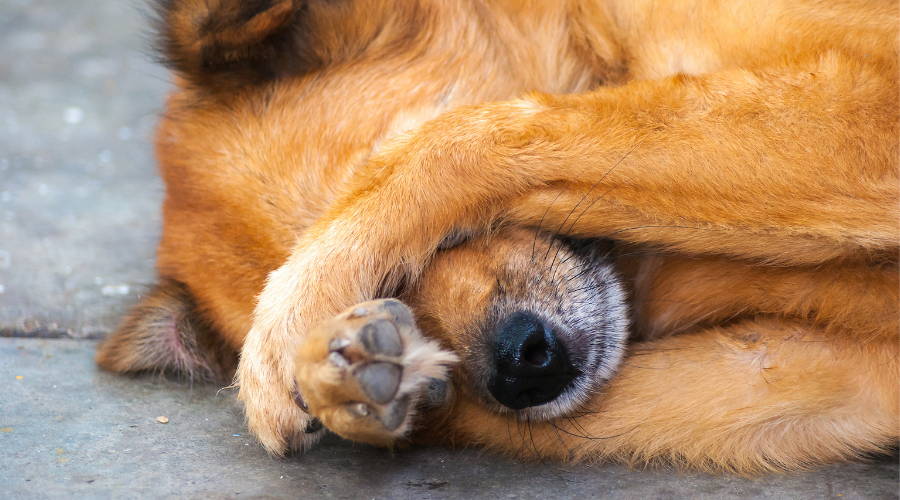 Common signs of stress in dogs during fireworks include shaking, trembling, pacing, panting, whimpering, hiding, and excessive barking. Every dog is different though, and some may express their fear in ways that aren’t listed here. That’s why it’s always important to know all of the potential signs of stress.

Dogs can become so frightened by fireworks that, in extreme cases, they try to escape and run away from home. This is their flight-or-fight response kicking into high gear. They perceive the unpredictable booming sounds fireworks as a threat that they need to get away from, fast. Most dogs who run away are found lost and confused the next day, and, as a result, July 5th is typically the busiest day of the year at animal shelters.

Tips to Calm Your Dog From Fireworks 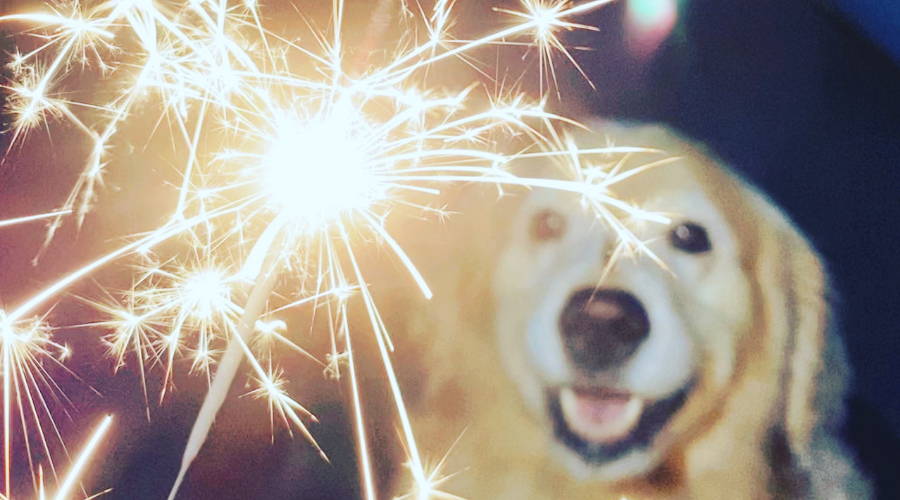 As your dog’s human, the best thing you can do is prepare in advance. Having some strategies and solutions ready before the craziness starts will benefit both of you.

Shop now for the 4th of July Calming Bundle and browse the full collection of Kradle products to keep your dog calm, comfortable, and SAFE during the red, white, and booms.